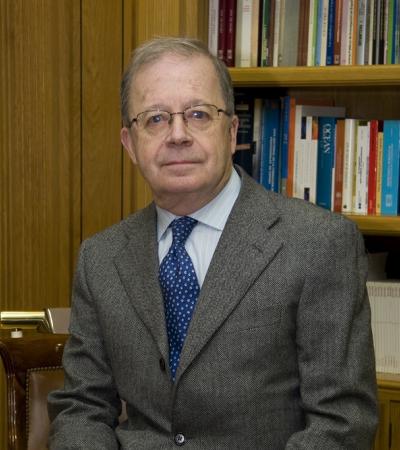 He has participated in High Energy Particle Physics experiments with bubble chambers and spectrometers at the PS and SPS accelerators at CERN and at the AGS accelerator at BNL (1967-1990), in the L3 experiment at the LEP-CERN collider (1989-2002) and in the CMS experiment at the LHC-CERN collider (1992-2014). From 1997-2013, he has been the CIEMAT Team Leader in the AMS experiment on board of the ISS. In this project he has played important roles, in particular, in the governance of the collaboration, as the scientist in charge of the Financial and International Committees and as responsible of the MoU between CERN and AMS and between the Institutes of the AMS Collaboration.

Fellow of the Juan March Foundation (1977-1978). National Award of the Royal Academy of Sciences (1980). Medal of the Royal Spanish Physical Society (1981). Scientist of the Year, Magazine CAMBIO 16 (1986). C.E.O.E. Award to Science (1997). Most cited Spanish scientist (Institute of Scientific Information (1981-2008)). Single Spanish scientist, working in a Spanish Institution, appearing in the list of the 100 most cited scientists in the world in the category of Physical Sciences (Institute of Scientific Information (2001)).

He has published more than 800 scientific papers in the more prestigious journals and presented numerous communications in national and international conferences. He has given more than 200 seminars in research centers and university departments. He has been the thesis advisor in twelve occasions.