The Alpha Magnetic Spectrometer (AMS) Experiment on the International Space Station has to date recorded over 60 billion cosmic ray events (e-, e+, p, antiproton, He, Li, B/C ...) up to TeV energies. AMS is a precision particle physics detector built with multiple redundancies and adapted to withstand the hostile environment of space over its long duration mission. The AMS Detector was assembled at CERN and extensively calibrated at the CERN accelerator before launch from the Kennedy Space Center to the ISS in May 2011. During the first four years of AMS on the ISS, the AMS Collaboration has been engaged in an intensive effort to analyze the increasing volume of charged cosmic rays collected with an accuracy of ~1%. First AMS results on electrons and positrons have been published in Physical Review Letters and further precise results will soon be presented on anti-proton to proton ratio; proton, helium, and other nuclei fluxes; electron, positron, electron and positron and positron fraction at higher energies. The objective of the three-day “AMS Days at CERN” is to exchange ideas and experiences with the world’s leading theoretical and experimental physicists. This exchange will lead to a better understanding of the implications of AMS results (published and to be published) and their relevance to some of the key experiments as well as the future course of cosmic ray physics. 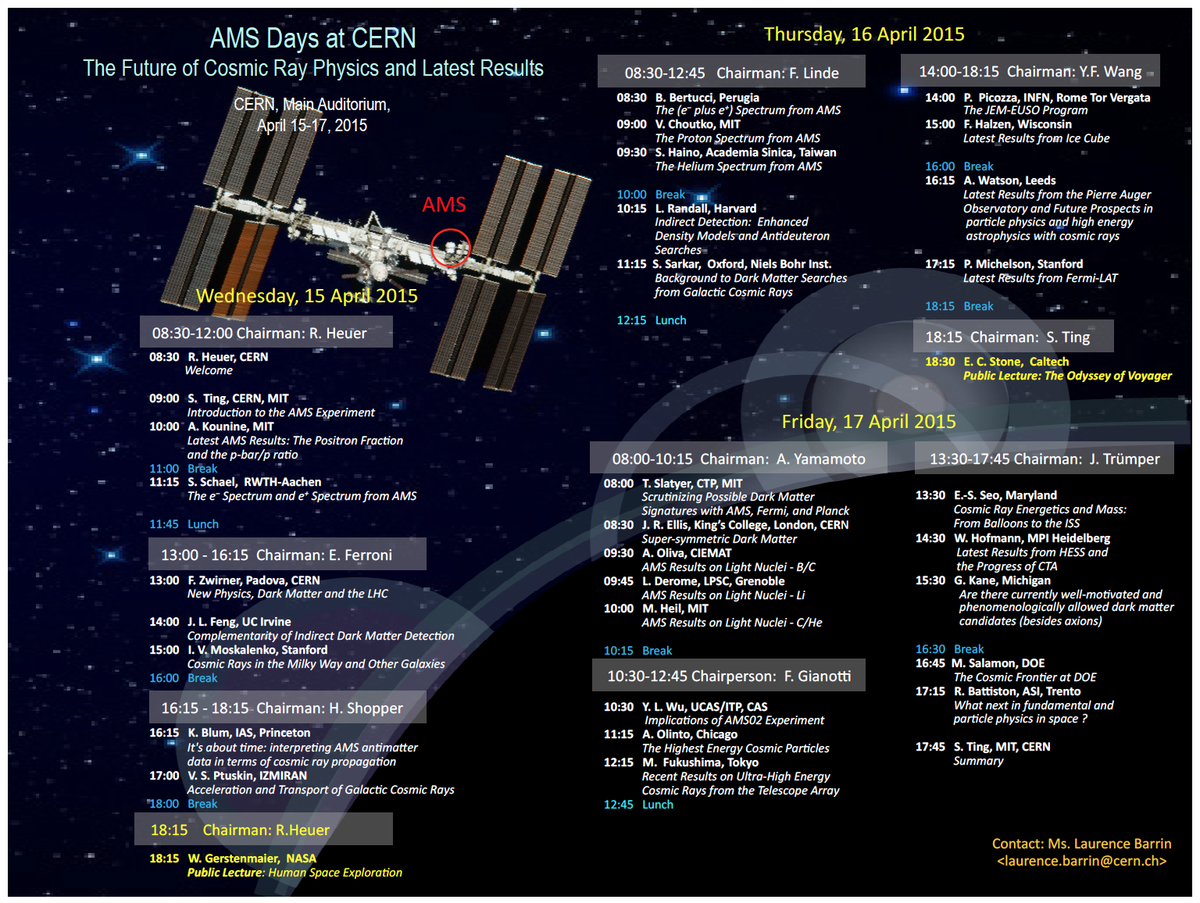