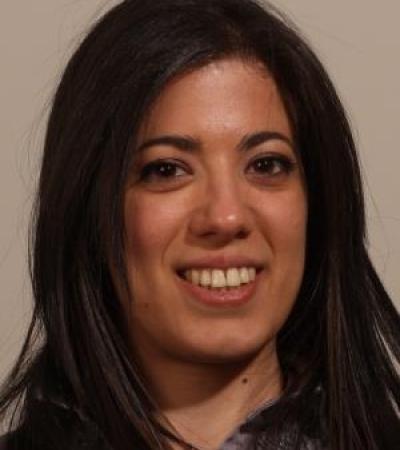 Chiara Perrina obtained her Ph.D. in Physics at “La Sapienza” University of Rome, in January 2016. She has been working on the search for high energy down-going cosmic neutrino fluxes with the ANTARES neutrino telescope. As a member of the ANTARES and NEMO shift crews, she has been responsible of the operation, calibration and monitoring of the ANTARES detector and of the NEMO-Phase 2 Tower.

Since February 2016, she is postdoctoral researcher at the University of Geneva where she has started the study and the development of a large area particle tracking detector made of scintillating fibers read out by arrays of silicon photomultipliers (SiPMs) for the HERD payload. She is coordinator of the space qualification process and responsible of the data analysis of laboratory and particle beam tests. As a member of the AMS-02 shift crew, she is contributing to the monitoring of the silicon tracker, the transition radiation detector, the tracker cooling and anti-coincidence systems of the AMS-02 detector.

She was awarded by “Accademia Nazionale dei Lincei” with the “Premio Tito Maiani per il 2015”. In June 2012 she won the “Premio ARAP” in particle Physics awarded by the Roman Association for Astro-Particles.